Let’s begin with some numbers and questions. This year Shakespeare fans everywhere are celebrating the 450th anniversary of the Bard’s birth in 1564 – a perfect excuse for an article about Shakespeare! The first question is about his plots: how many of Shakespeare’s plays (n.b. there are 37 if we count only the plays we’re sure he wrote, 40 if we also count plays attributed to him) have original plots? The second question is about the settings: how many of his plays are set in Britain, how many are set in Italy, and what are the other settings?

Only four of Shakespeare’s plays seem to have original plots! For Love’s Labour’s Lost, A Midsummer Night’s Dream, The Merry Wives of Windsor and The Tempest we can’t find one single, main fictional source (although Shakespeare did take plot details from various sources). As for settings, the ten English history plays (Henry VI, Richard III and so on) are set in England, four other plays (including King Lear) are set in England, and Macbeth is set in Scotland. So, fifteen plays are set in Britain. But twelve plays – nearly a third of his output! – are set in Italy, if we include the Roman plays. Other plays are mostly set in Mediterranean countries (a rare – but famous! – exception is Denmark for Hamlet).

So, did Shakespeare, unable to invent stories of his own, merely copy the plots of other writers? And was he more fascinated by stories set in foreign locations than stories set in Britain? Maybe he even spent some years in Italy?

‘No’ is the answer to those questions. It was only during Romanticism in Europe (about 1770 to 1850) that people began to expect ‘originality’ in writing. In Shakespeare’s times a different criterion applied: the greatest writers were those who could tell old stories best. So, Shakespeare – like all his contemporaries – took his ideas for stories from various sources. For his English history plays, he read the historian Holinshed. For his Roman plays, such asJulius Caesar, he read the Greek historian Plutarch in an English translation. Sometimes he took a play by another playwright that was a success on the London stage ten years before and rewrote it, as he did with King Lear and Hamlet. And twelve plays derive from stories that originated in Italy – this explains their Italian settings – although many passed through several versions and translations before they reached Shakespeare. 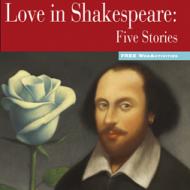 So, if Shakespeare’s stories aren’t original, why are his versions so famous? ‘His wonderful language!’ is the obvious answer. Agreed, but his changes to his source stories are stunningly effective, too, as a couple of examples will show. The story of Romeo and Juliet originated in Italy, was retold in several versions, and eventually ended up in England in 1562 as a poem by a certain Arthur Brooke called The Tragicall Historye of Romeus and Juliet. It was popular and Shakespeare used it as a source when writing his Romeo and Juliet in1595. But what changes he made! In Brooke’s poem, the love affair lasts nine months; Shakespeare reduced this to three days. Brooke’s Juliet is sixteen; Shakespeare makes her not quite fourteen. And, crucially, for Brooke the lovers are wrong; they follow ‘unhonest desire’ and ignore the ‘authority and advice of parents’. Shakespeare makes their defiance of authority heroic. In Macbeth we see more of Shakespeare’s inspired changes. In Holinshed’s history, Lady Macbeth is described in just one sentence: ‘very ambitious, burning in unquenchable desire to bear the name of a queen’. Those iconic scenes where Lady Macbeth orchestrates Duncan’s murder and where, tormented by guilt, she walks in her sleep were invented by Shakespeare.

What about Shakespeare’s treatment of settings? Foreign settings don’t seem to have any great importance to him. If he set a play in Italy, for example, that was just because the source story came from Italy. But apart from the bare minimum of saying where the story happens, there are few local geographical references in Shakespeare’s texts. And no geographical or historical ‘authenticity’ was added by scenery – there was little on the Elizabethan stage – or by costumes, which were always Elizabethan, even if the character being played was Julius Caesar or Cleopatra.

Nowadays, however, filmmakers often seize the chance to shoot films of Shakespeare’s Italian plays on location in Italy, showcasing the beauty of the landscape and historical towns. Franco Zeffirelli shot his Romeo and Juliet (1968) in medieval towns in Tuscany and Umbria and last year’s new film of Romeo and Juliet (2013, by Carlo Carlei) was filmed in Verona. Kenneth Branagh’s Much Ado About Nothing (1993) has gorgeous locations in Tuscany, and the exterior scenes ofThe Merchant of Venice (2004), with Al Pacino as Shylock) were shot in Venice.

But it is resettings which seem more common on the modern stage and on screen. Often a director changes a setting to make a play more recognisable and relevant to today’s audiences. Ralph Fiennes said about his 2011 film Coriolanus, ‘I thought about whether it should be Roman with swords and sandals, or even 19th century. But ultimately, I believed it had to be set in today’s world.’  He chose Belgrade, Serbia, which he hoped would look like anywhere: ‘I want people to say: “where is that?” People might think it’s Germany, Russia, Argentina…’

Fiennes wanted anonymity for his setting, but other directors exploit their precise resettings and take up the challenge is to make Shakespeare’s words and situations fit naturally into the new setting. If this is done successfully, the audience enjoys the ingenuity of the adaptation, as in these two marvellous examples of ‘modernisation’. The setting of Baz Luhrmann’s Romeo + Juliet (1996) is ‘Verona Beach’, a fictional town in present-day California (actually, most of the film was shot in Mexico City and Veracruz), where the Montagues and Capulets are business rivals. The updating of the setting includes a news anchorperson reading the lines of chorus at the beginning; guns used instead of swords, much of the ‘balcony scene’taking place in a swimming pool, and much more.

Michael Almereyda’s Hamlet (2000) is set in modern New York, where Claudius has become CEO of ‘Denmark Corporation’ and Hamlet’s dead father appears on a CCTV security camera. Young Hamlet (Ethan Hawke) is a film student, so he doesn’t stage a play of the ‘Mousetrap’ to incriminate Claudius, he makes a video collage. The ‘to be or not to be’ soliloquy, where Hamlet tries to decide to be more active, is delivered in a Blockbuster video store, ironically in the ‘Action movies’ section. (N.b. just 14 years after the film was made a Blockbuster store might now seem a ‘historical’ setting!)

These two films use Shakespeare’s text, even though they cut it. But a retelling, or ‘reimagining’, of a Shakespeare play is more drastic than a resetting: Shakespeare’s text is no longer used, and though his characters and plot are recognisable, details can be changed. There is an enormous variety of retellings, ranging from the ‘serious’ to the ‘popular’. Examples of ‘serious art’ are Japanese director Akira Kurosawa’s two great Shakespearean films: Throne of Blood (1957) reimagines Macbeth as a samurai warrior andRan (1985) retells the story of King Lear.  An example of ‘popular art’ is the cult American science fiction film Forbidden Planet (1956), a retelling of The Tempest where the island is a planet far away in space, the magician Prospero is a scientist and the supernatural spirit Ariel is a robot!

Sometimes a sub-genre of retellings develops. So called ‘teen movies’ have retold classic stories, not just Shakespeare’s, in US high school settings. 10 Things I Hate About You (1999) is a witty, charming retelling of The Taming of the Shrew; O (2001), about the only black player on a school basketball team, retells Othello; She’s the Man (2006) involves sport, too, but in a much lighter vein, as soccer-playing Viola pretends to be a boy, Sebastian – yes, it’s Twelfth Night!

Resetting or retelling a Shakespeare play can be a successful activity in the language and/or literature class: it appeals to the imagination and makes students think about plot. For example, Shakespeare never mentions the cause of the feud in Romeo and Juliet, yet any restting or retelling feels obliged to explain it, almost always setting the story where there is ethnic or religious tension between communities. Furthermore, it is good, serious intellectual fun to choose a setting and then make all the details fit, as we saw above in Almereyda’sHamlet set in New York. So, in the year of Bard’s 450th ‘birthday’, why not celebrate in class with some literary experimenting… like Shakespeare used to do.

A graduate in English Language and Literature from Oxford University, Robert Hill worked in Spain, Greece and England before teaching English at Italian universities in Sardinia, Verona and Milan. He gives talks and holds teacher-training seminars all over the world. He has written over 40 books and articles, and has been series editor for Black Cat graded readers. 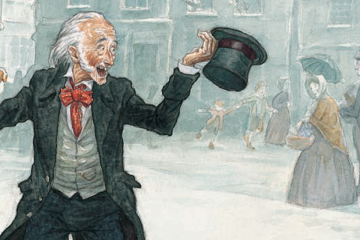