Phonics is a widely-used method for teaching English language reading and writing. Children learn how the sounds in words correspond to their spelling and how to ‘decode’ written words by sounding out the letters. For example, when a child sees the word ‘cat’, instead of saying the letters: ‘C’, ‘A’, ‘T’, they say the sounds: /c/, /a/, /t/.
Once children are comfortable with the basics, they can move on to different letter combinations, and learn how to read irregularly-spelt words, such as eight, make, rain and tray.

7 tips to put the f for fun in phonics

1. Teach phonics with actions. To practise the sounds and their corresponding graphemes (the letter symbols that represents each sound), get pupils to do an action when they use a sound. For example, for /j/ in jelly, ask pupils to wobble around like jelly and for /z/, ask them to buzz around like bees.
You can use the actions suggested or make up your own with your pupils. Remember to just say the sounds and not add vowels to the end of them, so say ‘mm’ not ‘ma’ and ‘t’ not ‘ta’.
2. Use different voices to teach phonics. Call-and-response (where you model a sound and pupils copy you) is a good way for children to learn which graphemes correspond to which sounds and to practise saying them. To make this more fun, encourage pupils to use different voices.
They can use a happy voice, a sad voice, a sleepy voice or an excited voice. Or they can imagine they are a robot, a squeaky mouse, a scary giant or a fairytale princess.
3. Use stories to introduce new sounds. Children will find it more meaningful and engaging to learn sounds in the context of a story than if you start a lesson by writing words or letters on the board. As you read the story, you can ask children to perform actions and join in with parts of the dialogue.
Choose stories that repeat the same few sounds over and over to give children plenty of exposure to them, for example ‘Wendy the Witch’ and ‘Cheeky Chuck’ from the V&V Tiny Tales series. These books have been carefully written to allow children to move from simple sound-letter associations to more complex ones as their confidence grows. 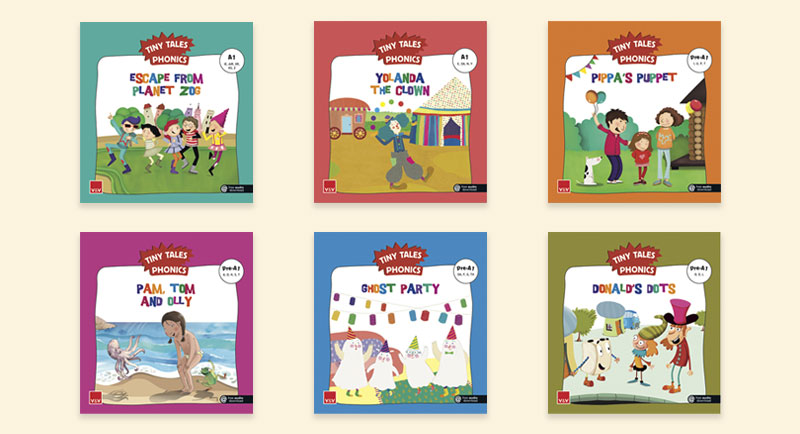 4. Teach phonics with games. Playing games is a fun way to practice phonics with children. Here are a few ideas:

5. Get a puppet. Children will love learning their sounds with a puppet. Show your pupils that the puppet isn’t afraid to make mistakes and get them to correct the puppet when he or she makes a mistake. Watch Geraldine the Giraffe in action for some inspiration.
6. Plan your phonics lessons with four stages.

For further lesson planning ideas, watch this video.
7. Don’t worry about irregularly-spelt words. Imagine you have just taught pupils the grapheme ‘c’ and you are eliciting examples of words that contain it. They suggest: ‘cat’, ‘cap’ and ‘car’, which you write on the board. Then, one pupil says ‘king’. Don’t panic! Just write ‘cing’ on the board and ask pupils whether it looks right or not.
Then show that it is spelt with a kicking ‘k’ and not a curly ‘c’. Alternatively, you can write the word on a card and put it in a ‘tricky word box’ or on your ‘tricky word board’. This way, when you cover the kicking ‘k’ in class, you can refer back to it.
Phonics really is a great way for young learners to take their first steps reading in English, whether through playing fun games or enjoying their first books in English, like the V&V Tiny Tales series.
If you would like more suggestions for classroom activities, take a look at our Vicens Vives Book Club ideas. 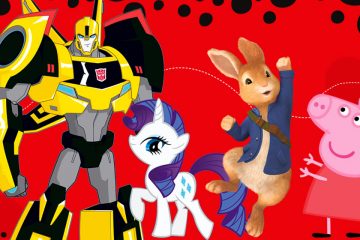 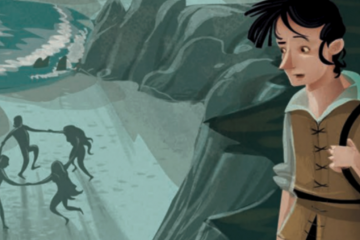 World Stories: myths, legends and folk tales from around the world

Helping your child learn to read at home

Eristalisas
on Filosofia per a nens: 6 idees per dur la filosofia a les aules de primària